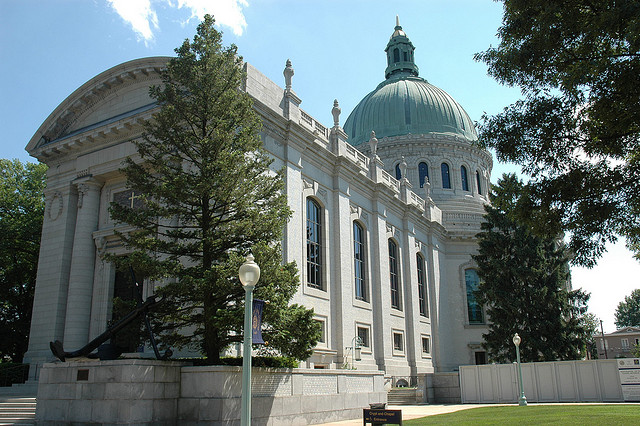 This week we will close the series “Safe Harbor, Restoring the Church”.  In so doing we will do a quick review of the evolution of nations and see how the path Israel…God’ people…took looks so much like the path the United States is taking.  I can’t help but ask myself if the churches have failed in many cases to recognize this path and not say anything about it for fear of offending.  The ultimate offense is to see sin and say nothing and then let our fellow citizens leave this earth with nothing but hell to look forward to.  King Solomon astutely observed that nothing is new under the sun.  What does that look like in the United States today?

In many ways the United States has followed the path of Israel all too closely.  They too were blessed by the hand of God.  They too blew through seasons of gratitude, arrogance, and struggle.  They too reached that terrifying decision point where they needed to make a serious course correction or suffer long term damage.  They decided not to make that course correction and it took the nation of Israel hundreds of years to get back what God had gifted them.  We as a nation still have time but the clock is ticking down and time is running out.

We find in the Bible the apostle Paul’s response to his own people (the Jews) and their disregard for the God who was seeking to save them: “And just as Isaiah foretold, Unless the Lord of Sabaoth had left us a posterity, we would have become like Sodom, and would have resembled Gomorrah.” “What shall we say then?  That Gentiles, who did not pursue righteousness , even the righteousness which is by faith; but Israel, pursuing a law of righteousness, did not arrive at that law.  Why?  Because they did not pursue it by faith, but as though it were by works.  They stumbled over the stumbling stone, just as it is written, Behold, I lay in Zion a stone of stumbling and a rock of offense, and he who believes in Him will not be disappointed.” [Romans 9: 29-33].  Israel, who seemed so interested in reading and talking about what God was doing, missed it.  How could they miss it?  Because instead of trusting God, they took over.  They were absorbed in what they themselves were doing.  They were so absorbed in their “God projects” that they didn’t notice God right in front of them, like a large rock in the middle of the road.  And so they stumbled into Him and went sprawling.

In the middle of its third century as a nation blessed by God, the United States is at a crossroads.  We must choose…and in not too distant future…who we will be for the coming decades: a nation of grateful and humbled people who grasp the miracle that God has been performing on our shores and who choose to honor and obey Him; or a nation that continues its emergence as a self-indulgent, arrogant, self-reliant people who increasingly reject God’s existence, His love, and His principles.  It is a very distinct pair of options.  One will save our ‘ship of state’; the other will put us on the bottom of an ocean abbess.  It would seem that the choice is obvious.  Keep in mind: no nation that has resisted doing it God’s way has ever prevailed.  There is no reason to believe that the United States will be the first.  God always …always…prevails.

Do not get caught up in the focus on what ‘the nation’ must do.  The heart of the matter is what we must do.  Everyone of us must slow down, take time to examine ourselves, and figure out what commitments we personally must make to pull our weight in the national turnaround…major course reversal.  It is so much easier to point the finger at society and wait for it to change.  That’s not how cultural transformation works.  It takes place one life at a time, and the first lives that must change are each of ours.  If we refuse to take that step, it is highly likely that others will join those who are boycotting what is right.  That’s how we got in this mess in the first place…nothing big, no fanfare, not a global conspiracy, just as series of wrong turns, bad choices, errant decisions, and selfish leaning in life after life after life.  Add it all up and you get what we have in America today.  One example that I have seen frequently and makes me wonder what atheists and ‘God-haters’ must confirm in their minds when they see it.  It’s simple and certainly a public display of Christian character. Knowing that God has given us civil government and its realm of control and told us as Christians to obey, one cannot find speed limits to be anti-Biblical.  How many times have you been driving down the highway doing the speed limit and been passed by another car making you look like you are standing still and on the back of the car is a ‘cross’ or ‘fish’?  What signal does this send to the un-Godly?  It’s a public example that can either send a good or bad message about Christians.  Think about it.

Now when we begin down the new course realize that we can add value to the cruise to open waters by sending a signal to those whom we have influence and can offer a warning.  No, we’re not the president or chief justice of the Supreme Court, not the CEO of a major global corporation, or even an ‘admiral’ in command of a fleet of ‘ships of state’, but we are children of God who have the responsibility and the capacity to impact the thinking and behavior of other people.  Think about the family members, friends, work associates, neighbors, fellow volunteers in community organizations, and church members who interact with us, not to mention our social media contacts. What we say and do does matter.  These relationships represent a chance for us to impact and expand this nation’s restoration process.  For the glory of God and the sake of America, we need to exploit these opportunities by exerting Godly influence.  It’s not ‘rocket science’, in fact it’s not science at all.  It’s art…the art of making good choices, the art of thinking and living Biblically, the art of spending your life on the purposes of God.  If we reflect and pray about the opportunities that lie before us, we will know exactly what course to set and the ‘ship of state’ will find itself on the way to ‘fair winds and following seas’.  ‘Helmsman, come about 180 degrees’… now!

Next week we will start a series titled “Where’s the Church?”. It will be a week after week compilation of events around our country where Christians are challenged by the forces trying to shut down any and all works of God.  They are stories that will question the whereabouts of the church and the Constitution in protecting God given rights.  Did I mention ‘church’ and ‘Constitution’ in the same sentence?  That’s church and politics.  Yes, they have a profound interface with each other and we as Christians in a nation founded on Judeo/Christian principles must come to the acceptance of such fact. Hopefully that need will become quite clear.