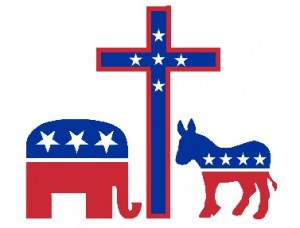 As we saw last week many of our climate crusaders want us to give up our living standards while they tour around the country…and world…telling us what needs to be done.  Gore, DiCaprio, and Hillary and the rest feel perfectly fine about flying on private planes, not because they are hypocrites, but because they are ‘entirely sincere’.  They care deeply about carbon emissions, much more deeply than the common citizen does. And why not, caring deeply is the only measure that matters. That’s why their consciences remain untroubled, no matter how many times they violate the standards they demand of others.

Once you understand this, the Paris climate accord makes perfect sense…an international agreement designed to curb carbon emissions, negotiated next to Europe’s busiest private airport.  Nobody in attendance flew commercial.  Nobody seemed to feel bad about it, either.  If you can take a private jet to a global warming summit without guilt, you’re probably not going to be troubled by a few inaccurate predictions, even if those predictions formed the basis of a flawed public policy that affected the lives of billions…that’s with a ‘b’.  Climate change activists give themselves permission to make mistakes…especially if their hypocrisy makes them plenty of $$$.

It turns out that predicting changes to climate over time is more difficult than anyone expected…especially when God is in charge of the Earth’s climate. Indeed, predicting climate change has never been done with any validity.  A 2013 report by the Intergovernmental Panel on Climate Change found that over a twenty-year period, global temperatures hadn’t risen nearly to the degree that models had predicted.  In some cases, the predictions were so far off that the actual, observed temperatures fell outside the margin of error.  Keep in mind that these were sober predictions made by respected scientists using the best available data.  They were still wrong.  Lesser authorities have been even further off base.

In 1989, officials at the United Nations predicted that entire countries would be annihilated if warming trends weren’t reversed by 2000.  In 2007, the UN’s former head of the IPCC predicted that if “there’s no action before 2012, that’s too late.”  In 2008, ABC’s Good Morning America estimated that, because of climate change, New York City would be under water, “hundreds of miles” of the country would be on fire and a billion people would be “malnourished” by 2015.  By June of 2015, ABC said with confidence that a carton of milk would cost $12.99 and a gallon of gas would be $9.00.  Could it really be that bad?  As it turned out, no!

But that didn’t prevent the head of NASA’s Goddard Research Center from predicting in 2009 that Barack Obama had “four years to save the Earth.”  In 2009, the head of Canada’s Green Party said the world had just “hours” to “avert a slow-motion tsunami that could destroy civilization as we know it”.  Prince Charles of Great Britain estimated that the West had just ninety-six months to save the planet.  British prime minister Gordon Brown gave the rest of us “just 50 days to save the world from global warming.”  By 2014, the foreign minister of France had extended that timetable.  We have, he said, five hundred days to avert “climate chaos.”  How did any of these people get into any position of leadership?

Clearly there’s a lot we do not know about climate change…after all God is in charge of that and has been for millions of years.  In reality, there is still a lot that we don’t know about a lot of things.  After a hundred years of research, scientists still haven’t figured out what much of the brain does.  God designed the brain, gave it certain capacities, and hid those that we do not need to know about at this time in evolution.  Researchers can’t even agree on the evolutionary purpose of sleep.  These are basic questions still shrouded in mystery.  The minute you think a scientific debate has been settled, you start predicting nine-dollar gasoline.

Next week we will look at the practice of scientific research.  That’s ‘man’s politics’ questioning ‘God’s politics’.  Science isn’t a scroll of revealed knowledge, or a discrete body of approved facts.  It’s a process by which we can gradually, incrementally understand how the world works.  I am still waiting for one of our brilliant scientists to make a blade of grass without any external materials.  We will only come to know what God wants us to know.  Do you know what is in our children’s textbooks?